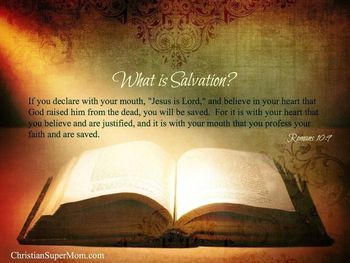 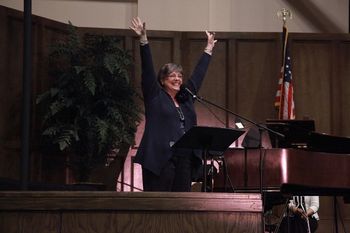 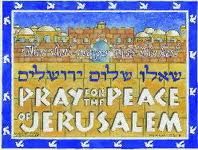 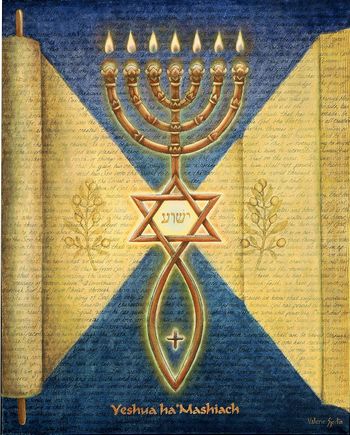 I am the praise and worship leader for One in Messiah Messianic Congregation in Birmingham, Al.   I am the wife of Wayne Stough, my best friend. I am a mother and grandmother and a composer/singer/songwriter, whose life is full and blessed.

I enjoy quiet moments with the Lord and writing songs and composing music...but it hasn’t always been this way. I never thought I could do anything great or thought provoking and my soul longed for places and knowledge I had never known.  As I began to trust the Lord, I heard Him say, ‘Come with me; I will make the impossible, possible.’  My desire was to write songs, so, one night during the prayer service I asked our Rabbi to pray that I would be able to write music. That has been a several years ago and I have been writing songs ever since.

I would like to take you on a musical journey and show you the some of the most amazing places I have been with the Lord. I had come through a horrible car accident and neck surgery but was still left with terrible pain in my shoulder. While attending services, at our congregation, I was healed sitting in the pew. I was so amazed and grateful; I began to write down my thoughts to the Lord and a song grew from it, ‘Quiet Moments.’  It is a song of praise from my heart to His. I can never fully express my gratitude for my complete and total healing, so my song will sing it and everyone who sings it will be declaring my thanksgiving.

I was studying in the gospels and read the story of Peter walking on the water.  I had read and heard this story all my life but I had never thought about it fully. I kept trying to understand how a person could just get out of a sturdy, strong, safe boat and even try to walk on the water, much less during a storm..not that that would matter if I was the one climbing out of the boat, but my mind just would not comprehend it.

As I lay sleeping one night, I woke up and said, “What if I was the one who walked on the water?”   And if I did walk on the water...would I be changed?...or would I be the same? The Lord took me to other places in the gospels. The woman who was healed after she touched the hem of Yeshua’s garment. She had been suffering for twelve years from a discharge of blood. She said to herself, “If I only touch his garment, I will be made well.” She was healed! Yeshua knowing that healing power had gone from Him, said to her, “Your faith has made you whole.” I began to think about this woman being me. What if I was the one who touched the hem of His garment...would I be changed?...or would I still be the same? I had been on this journey for a number of days and found myself writing words that became a song. This journey took me through the gospels to many places that could have been me. My story is the song, “What If.”

My CD, “A Voice Cries Out” is an album of journeys I have made in songs....I hope you will enjoy it.  Drop me a note and let me know what you think via my contact page. I will continue to post journeys from time to time.  So come back, grab of glass of sweet tea and sit for a while.

May the Lord bless you and keep you.